That’s Jon Batiste’s bet. The 27-year-old keyboardist and vocalist is steeped in the jazz and rhythm-and-blues traditions of New Orleans (he grew up in a musical family in Kenner, a Crescent City suburb) and though he now lives in New York, he’s trying to create a kind of music that melds traditions like the second line to a more modern sound.

But Batiste’s approach is as much about presentation as it is about the actual melodies and rhythms he plays. As he explained to an audience at the Aspen Ideas Festival, presented by The Atlantic and the Aspen Institute, on Tuesday, he tries to take music to new audiences with what he calls “love riots”: He and his band will stage concerts—sometimes impromptu, sometimes only quietly promoted—in unconventional settings like subway stations, street corners, and restaurants. He offered a tiny taste, moving through the audience with a melodica, singing and interacting with members.

(Full Story via The Atlantic)

The Jazz Institute, presented in partnership with the Pennsylvania Jazz Alliance, will offer an opportunity for local musicians of all ages to study and perform with several of Northeast Pennsylvania’s and New York’s finest touring and recording jazz artists. Participants will gain experience in the varied styles of music they will create and perform in their future musical careers. Following the week-long educational event, participants will perform as a group at the Scranton Jazz Festival on August 8-10 in downtown Scranton. Participants of this year’s Jazz Institute will have the option of residing on Keystone’s campus during the weeklong program.  (Full Story)

There is live music 4 to 5 nights a week at The Deer Head Inn.  Check out our  ‘Gigs’  page for upcoming shows.

The Inn is a four-story hotel with 8 tasetfully decorated rooms and 2 suites, each with a private bath with the  restaurant, bar and jazz club located on the first floor.

Lodging is available 7 days a week, live music Thursday through Sunday and Big Band the last Monday of every month.  Breakfast at The Morning Cure, here at the Deer Head Inn, is served Saturdays and Sundays.

You can find out more about the hotel, restaurant and venue here.

Check out some upcoming gigs on our ‘Gigs’ page and come hear some music!

We have a Soundcloud page.  Please follow us over there for one off audio content, streams and other sonic goodies.

A nice article from NPR about one jazz fans first 5 records.

I’m old, so my earliest experiences buying music involve going to record stores in the Washington, D.C., area to pick up LPs. I frequented The Turntable near my home and the Soul Shack downtown. But, more often than not, I found myself browsing the bins in a store just south of Dupont Circle called Discount Records and Books.

I was buying folk, blues and rock, mostly. I’ll never forget standing at the register, proudly holding my copy of The Mothers of Invention’s We’re Only in It for the Money — the one with the inside-out parody cover of Sgt. Pepper’s with the Mothers in dresses. I looked over my shoulder to meet the gaze of an older patron, whose scornful glare could have peeled paint.

The store had a great staff; they were the best teachers for a young music fan like me. I talked regularly with all of them, especially Rusty Bogart, who would discuss the latest country blues reissues from Yazoo and Biograph. Then, one day, I decided I needed to learn about jazz, so I approached Thomas Paul, whom everyone called TP. He was a big guy with a medium ‘fro. As I recall, when I asked to be enlightened, he thought for just a moment before he started pulling records. He had a sense of what I liked in other music, and he knew what I should hear.

These were not academic choices intended to educate me about the history of the music. There was no Louis Armstrong or Duke Ellington — these were TP’s personal choices. This was the music that leaped first to his mind, the stuff he really wanted me to hear: Bird and Diz,Two Hours With Thelonious, Charles Mingus’ Better Get It in Your Soul and Live at the Five Spot, Vol. 1 by Eric Dolphy and Booker Little.

(Read the full article on NPR.com) 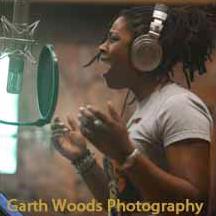 Deer Head Records is set to launch in July of 2014.  Please check back with us and bookmark the site.  We have 2 amazing albums for purchase.

You can always come to the Deer Head Inn, our venue and hear some great music.  See you soon!